Examine the results from your own equipment.

FilterMag produces results you can see with your eyes and measure in the lab. We can substantially improve the efficiency of any filtration system whether it is installed on fixed or mobile equipment. 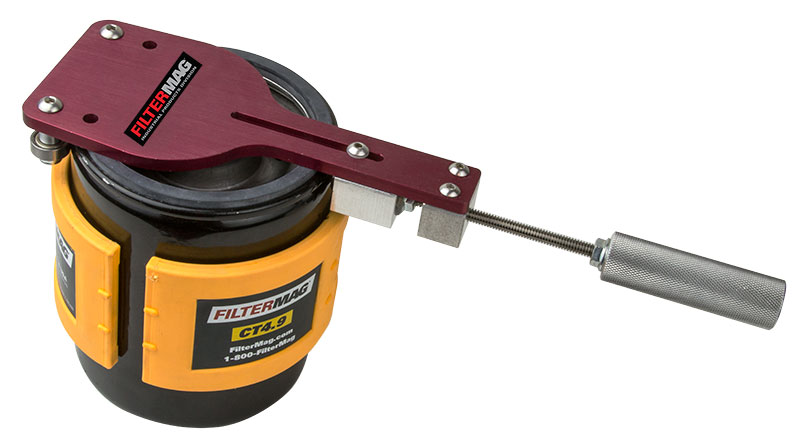 The collected debris that passed through the filter has been captured. The patterns of debris are in the dimension and spacing of the directed magnetic flux reaching into the filter housing.

All of the materials in these photos are actually agglomerations of very small particles which, individually, cannot be seen with the human eye (visual limit of eye is 40μm). 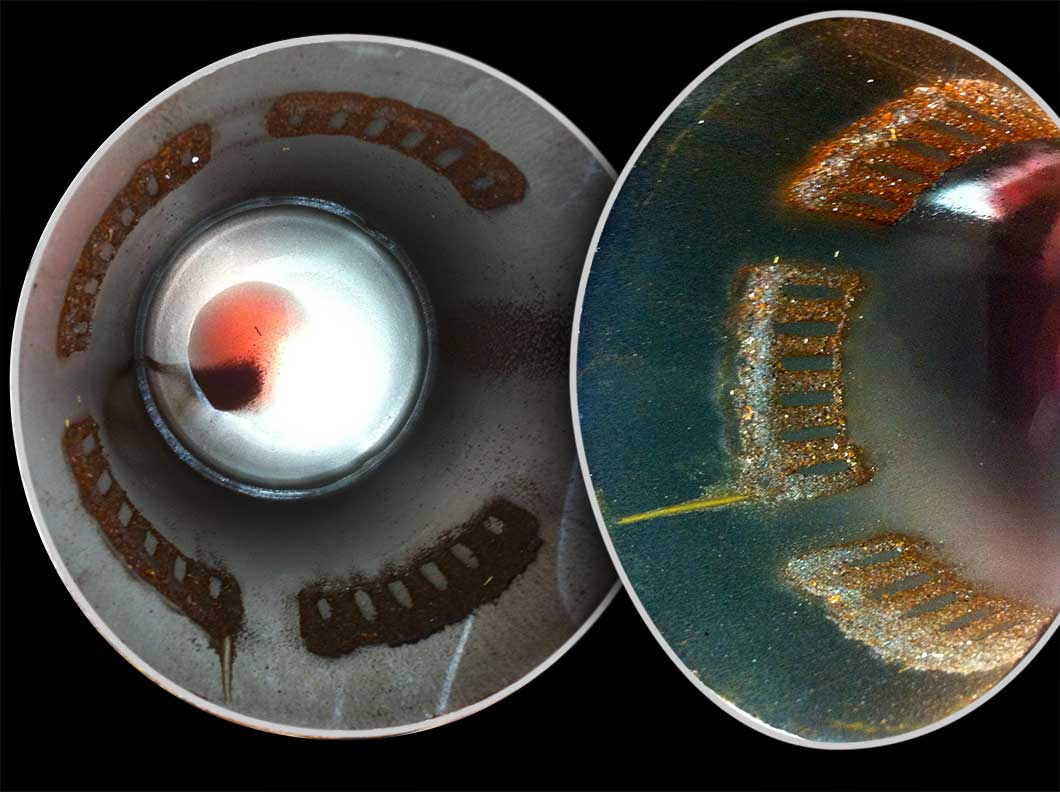 Fuel Filter Capture—Rust build up in diesel fuel tanks is a common problem. Clogging primary and secondary fuel filters happens. In this case the problem went to an extreme. 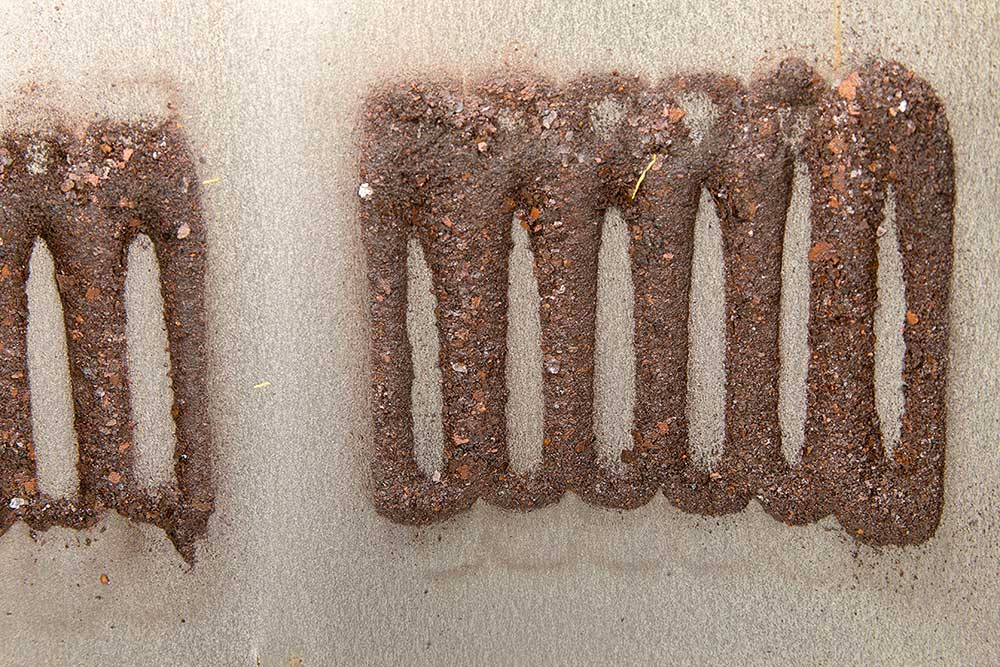 Fuel Filter Unusual Rust Capture—FilterMag CT4.9s were installed on the fuel filters of a haul truck plagued by rust in the diesel fuel. The capture of rust speaks for itself.  FilterMag provided enough relief from rust in the fuel that the truck could be operated until its scheduled maintenance and the fuel tank overhauled.

A particle of steel that is 100% converted to rust cannot be attracted by FilterMag. Its chemical structure has been forever changed into a nonmagnetic state. However, if there is a small fraction of the steel particle that has not been converted to rust, FilterMag can grab it. These pictures demonstrate rusted particles will fall from the inside surface of the tank (or any other steel surface) well before they are fully converted into rust.

FilterMag’s rust capture stopped the particles that made it through the fuel filters, and in this case, unloaded the filters long enough to allow truck operation until the tank could be replaced.

What do 10 million particles look like? How were they counted? 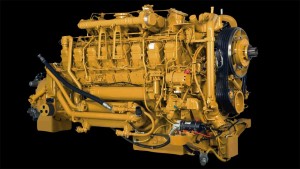 A freshly rebuilt 16-cylinder diesel engine was run for one hour of break-in on a dynamometer. The oil and filters were changed and two FilterMag CT4.9s were installed on each of the four filters. The engine was then run again on the dynamometer for one hour and the filters were removed with the FilterMags attached. One filter was then cut open to determine how many particles had been captured. The following procedure was used.

An oil/solvent mix was prepared using CAT DEO 15W40 and filtered kerosene in a 50/50 mix. After mixing well and deaerating in an ultrasonic bath, the solution was particle counted using a Spectro Scientific LaserNetFines (ASTM D7956) to establish a baseline particle count. 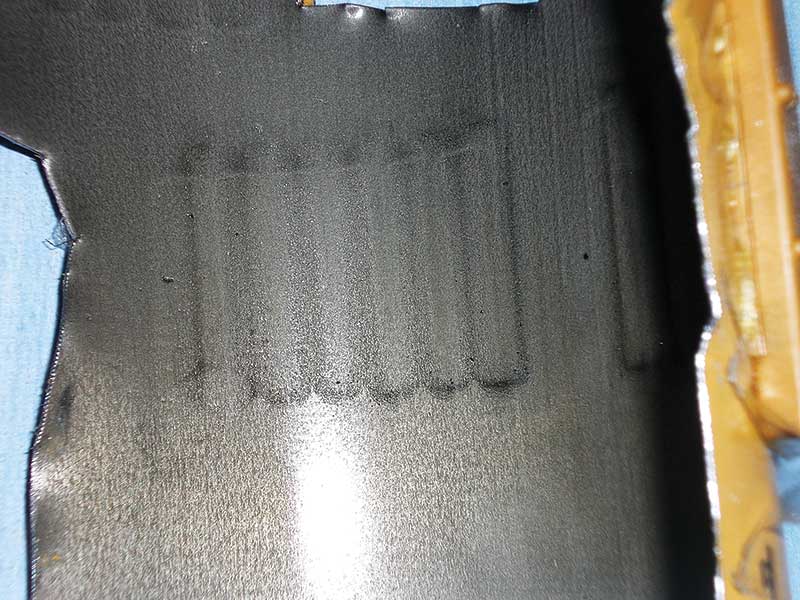 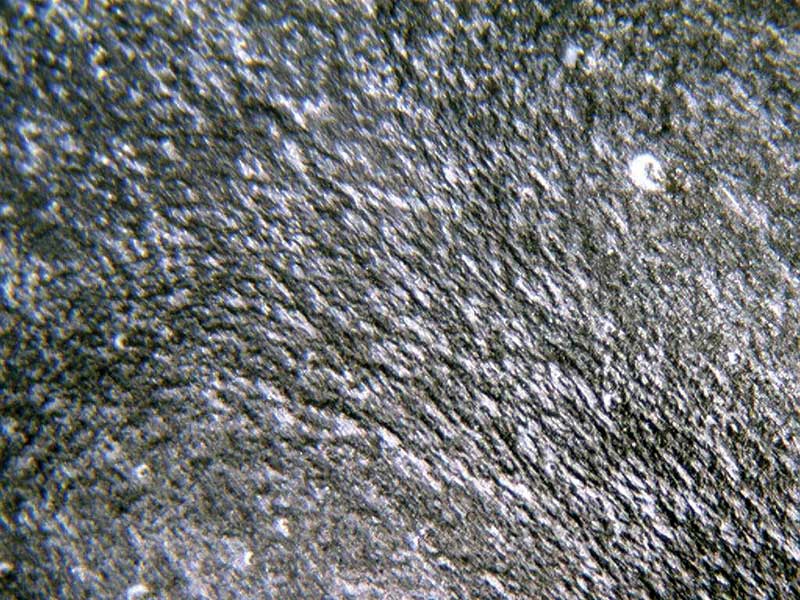